A very interesting lecture(quant-ph/0503068) was posted to the arxiv recently. The abstract of it says:

“The purpose of life is to obtain knowledge, use it to live with as much satisfaction as possible, and pass it on with improvements and modifications to the next generation.’’ This may sound philosophical, and the interpretation of words may be subjective, yet it is fairly clear that this is what all living organisms–from bacteria to human beings–do in their life time. Indeed, this can be adopted as the information theoretic definition of life. Over billions of years, biological evolution has experimented with a wide range of physical systems for acquiring, processing and communicating information. We are now in a position to make the principles behind these systems mathematically precise, and then extend them as far as laws of physics permit. Therein lies the future of computation, of ourselves, and of life.

In this article,Life is viewed as natural computer. During bilions of years evolution, life gets the best way to recieve and operate data from environment. The author illustrate the several basic processed during computation. In future, the computer will use less resources to get more tolerance against the errors and faster operation.

Recently, David J. Gross gave a lecture The Future of Physics in ITP, Beijing. Today I downloaded the video file of his lecture. I watched the lecture and found Gross asked many interesting Questions. In this lecture Gross talked about the future of physics in 25 years and discussed many open questions, such as the beginning of universe, the formation of the stars, dark energy existence, and so on. Here I list some questions I think most interesting.

btw: I happily found that I can understand the lecture for 90%.

update: I found the official website that offers this lecture’s video.

Scientist is nod god. The more you know, the more you know you don’t know. Ting’s father is a schoolfellow of Jiaotong Univ(now becoming five universities: XJTU, SJTU, NJTU, SWJTU and NCTU) and hired by Jiaotong Univ in 1940s. His classmate Tsien Hsue-shen(钱 学森 ) is a famous aerodynamicsist and makes great contribution to the birth and development of missile in China. He is honored as people scientists by government.

Besides his contribution, he also made a big mistake outside his major. In the year near 1959, he wrote a paper to prove that the rice harvest every Chinese unit of area unit mu (666.7 square metres) can be as high as 150000 kg. Abviously it was wrong. But because Tsien is a famous scientist, the leader of government believed it. This is one reason which caused the famine from 1959 to 1961 in China. If Tsien could say I don’t know, the damage of famine may be less.

Actually speaking, we Chinese tend to say “I know”, no matter how little we know it. But as a scientist, we must do as CC Ting, say “I don’t know” if we don’t know exactly. Do not be another Tsien Huen-shen! 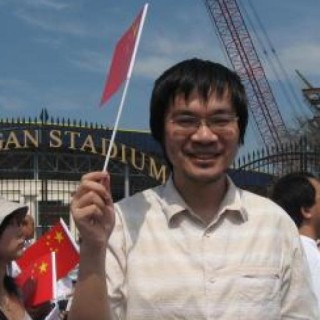